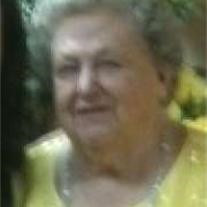 EASTLAND - June Tucker Hicks went to be with her Lord and Jesus Christ on October 21, 2012. Funeral Services will be at 2 p.m. on Wednesday at the Bakker Funeral Home in Eastland with Pastor Pepper Puryear, pastor of First Baptist Church of Mt. Vernon Texas, officiating. Burial will be in the Pleasant Hill Cemetery beside her parents, maternal grandparents and near her paternal ancestors of three generations. June was born on June 13, 1932 in the Pleasant Hill area to Johnie Harden Tucker and Robert L. Tucker. She was a graduate of Carbon High School and earned her Bachelor of Science in Education from Howard Payne University in Brownwood. June studied for her Masters of Education at Midwestern University in Wichita Falls, Texas as well as Valparaiso University in Valparaiso, Indiana. She was active in politics being the county chair for the Democratic Party for Eastland County; a member of the State Democratic Executive Committee, as well as serving by appointment of Governor Ann Richards as a board member of the State Board of Examiners of Marriage and Family Therapists. She attended the American Reunion in Washington D.C. with the "New Texas" group created by Governor Richards. She was active in Texas Retired Teachers Association as well as the Texas State Teachers Zeta Sigma Chapter of Delta Kappa Gamma International, and the Twentieth Century Club. Her active political lifestyle was secondary to her fight for life's underdogs. She believed that all were created equally and lived her life defending causes that many would not recognize nor accept. She is preceded in death by her mother and father, Johnie Harden Tucker and Robert L. Tucker as well as her brother, Billy Tucker. She is survived by her son, James B. Hicks and wife Teresa of Abilene; her sister, Juanita Anderson of Wichita Falls; her brother, Bobby Tucker and his wife Faye of Carbon, Texas; several grandchildren, great grandchildren, nieces and nephews. Her love, support and devotion will be truly missed. June's family would like to thank the Hospice of the Big Country for their sympathy and compassion.

EASTLAND - June Tucker Hicks went to be with her Lord and Jesus Christ on October 21, 2012. Funeral Services will be at 2 p.m. on Wednesday at the Bakker Funeral Home in Eastland with Pastor Pepper Puryear, pastor of First Baptist Church of... View Obituary & Service Information

The family of Mary Hicks created this Life Tributes page to make it easy to share your memories.

EASTLAND - June Tucker Hicks went to be with her Lord and Jesus...

Send flowers to the Hicks family.