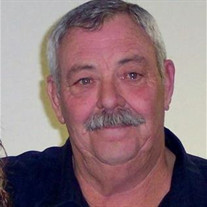 Larry Wayne Warren passed from this world on June 1, 2016 in Cisco, Texas. He was born on December 29, 1946 in Hollis, Oklahoma to Carl and Jerry Warren. After moving from Oklahoma as a toddler he lived in numerous towns before his family settled in Cisco at the age of 8. He graduated from Cisco High School in 1966. In 1967 he married his high school sweetheart, Glenna Pierce. They moved to Irving where Larry chose to dodge the draft by joining the Marines. After his active duty he returned to Irving to start his family. Their first born son, Adam died at birth. He birth was followed by a sister and a brother. Larry then lost his beloved Glenna. He later married Robbie Caraway and they had a daughter. They raised their family in Lubbock. In 1998 he met his wife Donna. They moved to Cisco in 2000 where they were living at the time of his death. Larry was a gifted salesman and spent most of his adult life selling. He loved building classic cars. He was active in the Caprock Classics, Nifty 50s and the Wolves car clubs in Lubbock. He was instrumental in starting the Make-A-Wish Car Show in Lubbock as well as other car shows. He was in the Gimps and Gears car club in Cisco. He loved participating in and especially winning car shows. Larry was outgoing and never met a stranger. He loved life, family, and friends. He was preceded in death by his father Carl Warren; his mother and step-father Jerry and Tommy Toland; father and mother in-law Arlis and Bonnie Pierce; wife Glenna Pierce Warren; son Adam Warren; brother Randy Warren; brother-in-law Bill Griffin and Clinton Pierce and special friend Charlotte Honea. Larry is survived his wife Donna of the home; daughter and husband, Brandie and Russell Chapman of Hamby; son Clay Warren of Snyder; daughter and husband, Heather and Russell Johnson of Lubbock; step-son Glenn Perkins of Lubbock; step-daughter Christina Jordan or Rotan; grand-children; Haleigh, Hunter, Paige, Rode, Carter, Dusty and Derick; sister Betty Griffin; sister-in law Sharon Warren; brother and sister-in-law Donnie and Brenda Pierce Lane: nieces Betha, Belynda, and Shawna; nephews Billy and Adam; brothers of his heart Ross Honea and James McLeod. A celebration of Larry’s life will be held on the 25th of June 2016. The time and location will announced at a later date.

Larry Wayne Warren passed from this world on June 1, 2016 in Cisco, Texas. He was born on December 29, 1946 in Hollis, Oklahoma to Carl and Jerry Warren. After moving from Oklahoma as a toddler he lived in numerous towns before his family settled... View Obituary & Service Information

The family of Larry Wayne Warren created this Life Tributes page to make it easy to share your memories.

Send flowers to the Warren family.