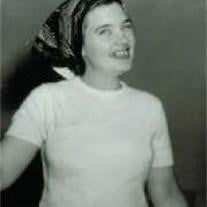 Bakker Funeral Home 411 S. Mulberry Eastland, TX 76448 Phone: (254) 629-1726 . Fax: (254) 629-3525 EASTLAND - Gailya Juanice Robison Britt, age 81, was a much loved and devoted wife, mother, grandmother and friend. Gay was transformed from this earth to the Kingdom of God on May 10, 2012. Gay was born in Deleon, Texas, on November 20, 1930. She graduated from Handley High School in Handley, Texas, and married Richard Britt on November 7, 1953. They lived for many years in Fort Worth, Wichita Falls and Odessa but moved to Eastland, Texas, in 1969. Gay enjoyed helping other people and praying for others. She was involved in her community through her church's food pantry and was an active member of The River of Life Church in Eastland, Texas. She also enjoyed playing bridge and other games. Her greatest role was as a homemaker, nurturing, shaping and investing in other people's lives. Gay has left an imprint on people that will last an eternity. She was known as a great prayer warrior. Prayer and worship were an integral part of her life. Gay is survived by her two sisters, Linda Richards and Jimmie Gehring; her three children, Billie Tucker, Betty Whitney and husband Wally, Bobby Britt and wife Donna; and many grandchildren and great grandchildren. Services will be held at The River of Life Church in Eastland, Texas, on Wednesday at 1:00pm on May 16, 2012. There will be a family & friends visitation from 7:00 to 9:00pm at Bakker Funeral Home in Eastland, Texas, on Tuesday, May 15, 2012.

The family of Gailya J. Britt created this Life Tributes page to make it easy to share your memories.