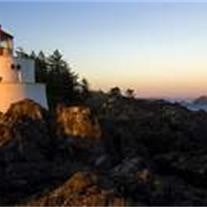 CISCO - Dwayne Winston Payne, 58 of Cisco passed away September 6, 2013 at Odyssey Hospice in Fort Worth after a long illness. Dwayne was born November 5, 1954 in Lubbock, Texas to Harry Winston and Vesta Day Payne. He was a carpenter by trade and loved his job. He often worked as a sub-contractor and could do anything from roofing to concrete and everything in between including carpet. Dwayne's other love was his family and he will be missed by his family and friends. Dwayne is survived by 6 children all in the Lubbock area, Daughters: Christy Payne Garrett, Sondra Payne Thomas, Cheyene Payne, Faith Payne, Sons: Damian Payne and Drake Payne. He is also survived by 5 grandchildren. Dwayne's first great-grandchild, a boy named Kash Payne was born weighing 2 lbs. and 6 oz. on July 14, 2013, making the Payne family 5 generations for a short period of time. Dwayne passed away on his youngest son's birthday. Dwayne is also survived by his mother and step-father, Darrell and Vesta Smith, 3 brothers, Clyde Galloway, John Payne and Chance Smith all in the Lubbock area. 5 sisters, Amanda Plant of Cisco, Janice Carter of Carlsbad, NM, Serena Smith of Amarillo, Rhonda Smith in Arkansas, and Colene and Don Dodd in the Dallas area. He is survived by his aunt and uncle, Jane and Elmer Payne of Fort Worth, lots of cousins, nieces and nephews, great nieces and nephews. Dwayne is preceded in death by his father Harry Winston Payne, a brother, Rodney Gene Payne and 2 sisters, Naomi Katherine Galloway and Sheila Aileen Payne. He is also preceded in death by one precious granddaughter, Kendra Renae Payne. The family will be planning a memorial at a later date with the help of Chambers Funeral Home in Cisco. Memorial may be made to the American Cancer Association.

CISCO - Dwayne Winston Payne, 58 of Cisco passed away September 6, 2013 at Odyssey Hospice in Fort Worth after a long illness. Dwayne was born November 5, 1954 in Lubbock, Texas to Harry Winston and Vesta Day Payne. He was a carpenter by... View Obituary & Service Information

The family of Dwayne Payne created this Life Tributes page to make it easy to share your memories.

Send flowers to the Payne family.